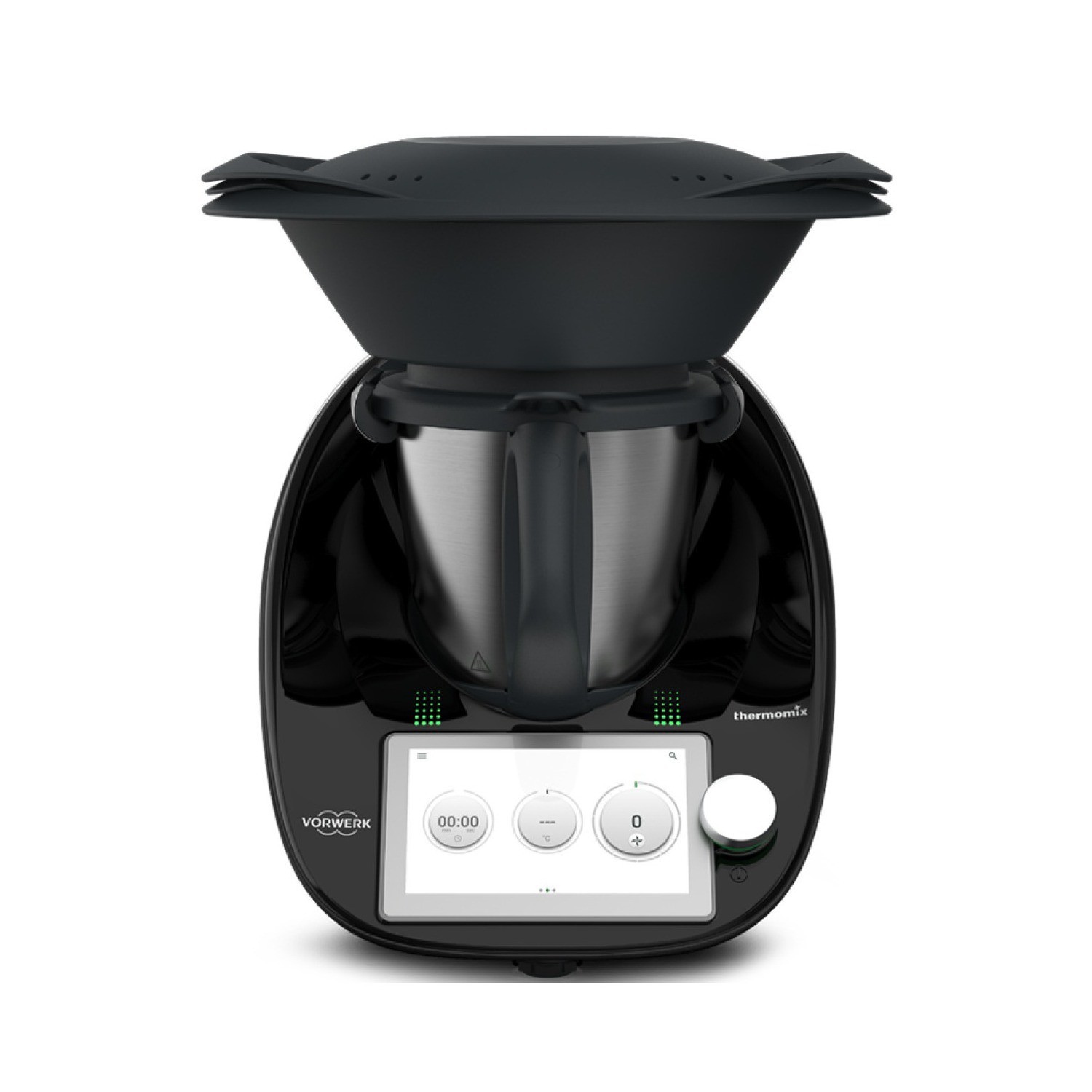 Vorwerk’s highly acclaimed Thermomix TM6 multi-function food processor is now available in a new color, called “Black Limited Edition”. Available for sale from mid-February until the end of March 2022, there is no doubt that this food processor will quickly find buyers. So, is it only a question of color? That’s what we will see in this article.

The most famous food processor is getting a brand new version called Black Limited Edition, and will be sold in limited edition until the end of March. Already available for sale, the multi-function food processor will indeed remain on the shelves until March 31.

Over the years, the thermomix has become a true kitchen companion and is an iconic model in the world of food processors. Able to replace up to twenty appliances and utensils, the robot has been a reference in the field for over 50 years. In France, the food processor has already attracted more than 11 million customers, making it one of the national best sellers.

Nevertheless, the brand has seen a large number of competitors arrive, much less expensive, without degrading the services they offer. As a result, the market share of the manufacturer has decreased over the years.

Indeed, the brand has relied heavily on its achievements with the release of the TM6, which has brought very little novelty compared to its predecessor (very successful by the way), the TM5. When it was released in 2019, the TM6 replaced the very successful TM5. Thanks to its predecessor’s insolent success and its excellent reputation, the TM6 was already at the top of the bill. But this was without counting on the disappointment of customers who noticed that this robot had not created a real break with its little brother. Worse still, the robot’s style remained virtually unchanged, despite the 5 years that separated them.

This is why Vorwerk has just launched its latest model in a new version, the “Black Limited Edition”, to change the classic and usual white and charcoal gray colors that have equipped a large part of the kitchens over the past decades. With this model, the manufacturer wanted to rectify the situation by breaking the codes that have been in place for over 50 years.

And it is rather successful! Indeed, in its black color, the robot is very elegant while remaining sober. More than any other model of the brand, the TM6 Black Limited Edition will perfectly match your kitchen decor. But the novelties stop there…

As far as new products are concerned, there’s not much to get excited about. To mark the occasion, the Cookidoo platform that accompanies the robot also includes new recipes in the theme of the color.

These new recipes in the “dark” theme, such as the chocolate crousti with licorice cream, the coal bread or the black olive and prune tapenade, are added to an already long list of recipes. Apart from that, there is nothing new on the device itself in terms of accessories or features. The manufacturer considers that it is not necessary to propose an update on the device itself. We therefore regret this choice made by the brand, as new products creating a breakthrough are long overdue at Vorwerk.

If you want to take advantage of this new model, you will have to hurry to the point of sale. Indeed, the robot is only available for a few weeks. The black-clad kitchen appliance is available through the brand’s usual sales channels, i.e. official stores, workshops with a thermomix advisor or the e-shop.

No new features for this food processor which is logically sold at the same price as the traditional model, i.e. 1359€.

Our verdict on the TM6 Black Limited Edition from Vorwerk

There is no need to go through 4 paths to immediately understand the strategy of Vorwerk behind this limited edition. Indeed, the manufacturer wants to give a boost to the sales of its robot by releasing a new version of its flagship product and by making a strong communication around the product, despite the lack of novelties.

Indeed, the color is very successful and underlines the chic and sober design of the device. But apart from a very elegant design and some new recipes in the graphic theme of the robot (which all thermomix owners will enjoy), there is absolutely no other technical novelty.

The manufacturer is struggling to renew itself and risks seeing its leadership diminish over time. Nevertheless, the TM6 remains one of the best multi-function food processors on the market with very successful results. We invite you to read the tests we have already done on this subject. This is why there is no doubt that this new version of the food processor will be a great commercial success.