The Thermomix TM8: an intelligent and ultra-connected futuristic robot 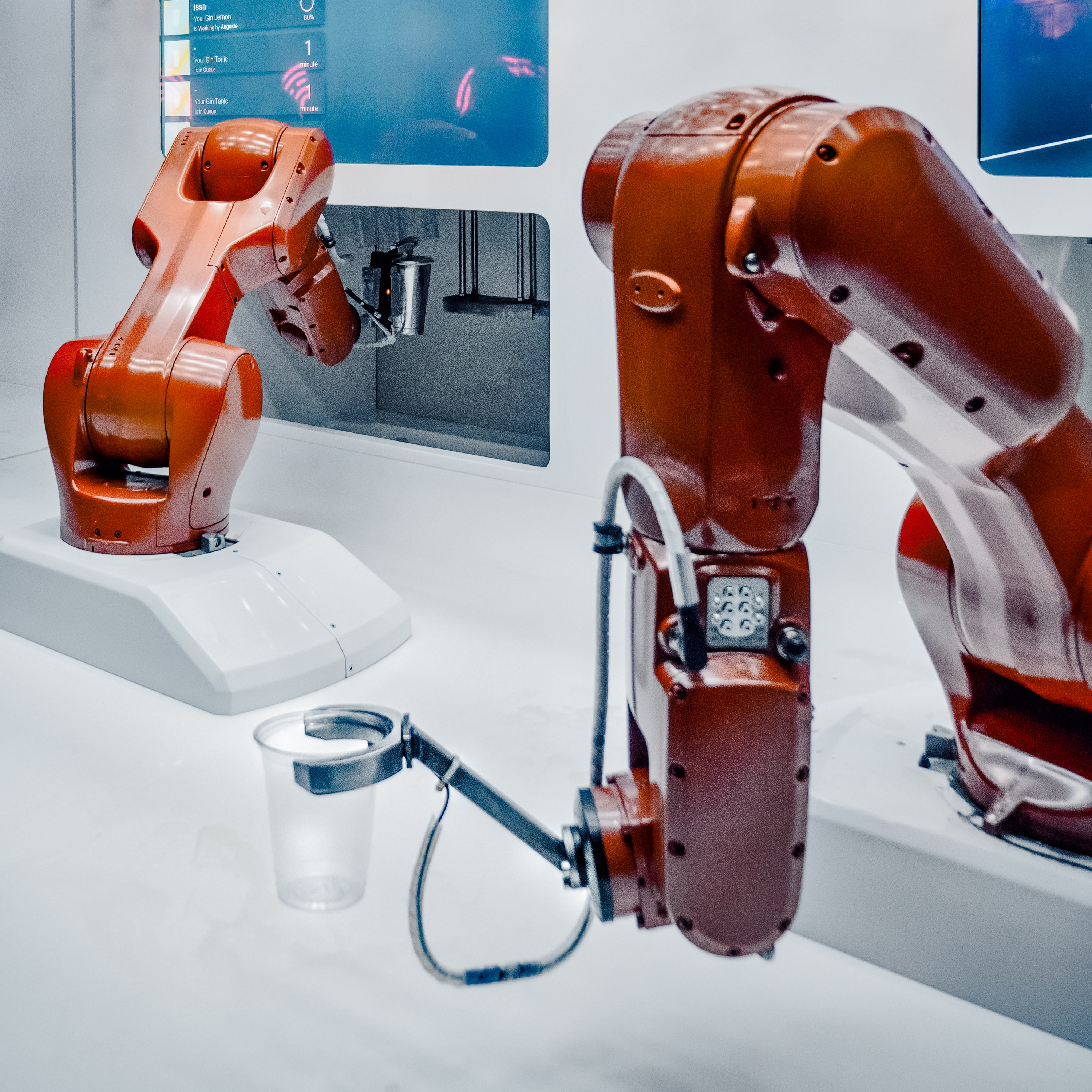 While the star German manufacturer Vorwerk has not yet informed its customers about the release of a new model since the TM6 has just been released, it would be interesting to look at new features that could justify such an investment.

Indeed, as the multi-cooker robot is offered at a price exceeding the fateful $1000 bar, only features that bring a real technological breakthrough will be able to push customers to trade their old Thermomix for the new one. This evolution is more than necessary in an unfavorable economic context and where the sales of the star manufacturer have been declining for more than 2 years on the European market.

It is in this sense that in this article will be put forward some ideas for technological developments that can be installed in the Thermomixes of the future, that is to say in a few decades.

The previous article on the future TM7 dealt with realistic functionalities that would correct the minor defects of the TM6 in the short term, i.e. within 5-7 years. Here, the aim is to look beyond the new features of the short term and focus on technological developments that could be made from TM8 and beyond. We’re talking about features for the future, albeit realistic ones.

Technological evolution is accelerating in the world of multifunctional robots. This is illustrated by the example of the Thermomix, which in the past was able to have the latest functionalities for several years. Today, this is clearly no longer the case with more and more competitors on the market, which encourages competition and therefore an acceleration of technological innovations. Thus, without major changes, even a long-established manufacturer can see its status weakened at the expense of competitors.

An ever more connected device

The future often rhymes with the connectivity of electronic devices. The Thermomix TM8 should follow this logic with even more advanced features to ensure a bright future.

For example, one could imagine the robot being interconnected with other devices in the home. Thus, by connecting to the alarm clock in the room, it could possibly program an ideal meal time to optimize digestion time. Also, the connected scales are now able to analyze the monitoring of your weight, muscle mass, cardiovascular health through several key indicators. One could therefore imagine that by setting a target on your scale, the robot could also connect itself to make typical suggestions. For example, if you want to lose weight, the Thermomix could analyze the weight monitoring curve of your scale to identify the integrated dishes best suited to your situation. Similarly, if you want to gain muscle or weight, the robot could direct you to dishes that are higher in protein.

Finally, we can also imagine that the Thermomix robot of the future will be intelligent. By connecting to electronic devices such as the television, it will be able to program a reminder system to initiate the recipe before the start of your movie so that you don’t miss a second.

In a context of increasing global waste that is unsustainable in the long term, the fight against this scourge will be essential for market players. It would therefore be interesting for Vorwerk to integrate this functionality into its future robots. We could then imagine a memory function that the consumer could enter at the end of each consumption of dishes made using the robot’s integrated recipes. Indeed, if a recipe is too consistent, he could indicate this, which would automatically adapt the recipe for the next time and reduce waste.

The memory function can also be used for other purposes. Indeed, the robot could record the trend of the last prepared dishes in order to make a suggestion of dishes to the consumer. This could help him to diversify his dishes and balance the recommended nutrient intakes. If, for example, the user has consumed too many meat-based dishes in the last few days, the robot could suggest that the user should switch to other types of dishes for the following times. This will balance his meals while helping to limit the consumption of certain products that will potentially be subject to rationalization in the future. On the electrical consumption side, this could be optimized with always less consumption or other forms of energy. In fact, the current global electricity resource is mainly derived from polluting production (nuclear power plant, coal mine, etc.). One could then think of a robot equipped with a rechargeable battery using natural light. Thus, before each use, the battery will have to be placed in daylight in order to be recharged. Of course, the robot will have to be equipped with an alternative system to compensate for a possible lack of charge.

A device with automated features

Since the current Thermomix is already highly automated, one could imagine that this feature will be pushed to its maximum in the years to come. Indeed, it is currently impossible to let the robot perform 100% of the tasks required to ensure a dish. It is therefore essential to integrate the missing functionalities into the future robots of the German brand. Thus, the TM8 could be able to slice and grate food, especially since other direct competitors already integrate these 2 functions.

In the even more distant future, one could imagine that the robot could be able to recognize food through its texture for fruits and vegetables for example, or even through a barcode reader. Therefore, automation can be pushed to the maximum with a device equipped with robotic arms capable of doing everything from A to Z.

All in all, Vorwerk will have to demonstrate technological innovations to assert its status as market leader. In a highly competitive context where the German manufacturer has been losing market share for the last 2 years, the Thermomix must follow market developments as it has always been able to do in the past. In fact, in addition to the features already installed by some competitors, such as the grating and cutting functions that Vorwerk will have to introduce in its future devices, the manufacturer will have to go further to justify its price and leadership position. To do this, the Thermomix will necessarily have to be connected in a context where households have more and more connected and intelligent equipment. The robot will have to comply with this standard and why not tap into the information of these devices to trigger a recall, suggest a certain type of dish, adjust recipes etc..

Moreover, the Thermomix could in the years to come become your best health ally. By preparing dishes adapted to your physical condition (height, weight, sports activities, etc.), it can help you reach your goals by providing you with adequate nutritional resources. It is easy to imagine him playing the role of a kitchen coach and complementing the connected sports equipment in your home.

Finally, we can easily imagine that the robot will have a social and ecological function. Indeed, the Thermomix TM8 could eventually change household habits by directing their choices towards dishes that consume fewer and fewer resources while consuming less electricity from polluting sources.